Ja Morant scored career-high 47 points as he led the Grizzlies past the Warriors in Game 2 of the second round of the playoffs.

The 22-year-old point guard revealed the message that Steph Curry gave him after Game 1, saying he was able to return it after Memphis tied the series.

“After Game 1 he (Steph Curry) came to me and Jaren and said it’s going to be a battle, we going to have some fun…I was able to return that message tonight saying the same thing,” the Grizzlies star said after Game 2. 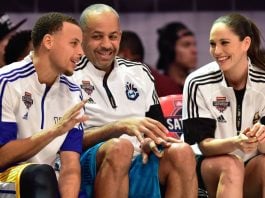