Over the last four years Collin Sexton emerged as one of top young guards in the NBA. Last season the former 8th overall pick averaged 24.3 points and 4.4 assists per game.

He was ruled out for this season due to a torn left meniscus which he suffered back in November 2021. After missing almost an entire year with an injury Sexton will have to make a big decision in summer.

The contract of the 23-year-old guard is set to expire this coming offseason. He has already rejected a five-year extension offer from the Cavaliers as he preferred to pen a four-year deal. Despite this, Sexton says he wants to be in Cleveland.

Via Kelsey Russo of The Athletic:

“I love the organization, love my teammates and whatever happens, I know that Cleveland was really good to me. I know this is the place that helped me get to where I am today, and I know I want to continue to be a part of this winning culture and be a part of this culture. I feel like me just being able to be at the start of it helped us get to where we are yesterday and where we are right now at the present. So, I love Cleveland. I want to be here.” 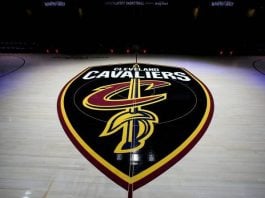