“In my personal career, I’m blessed for the opportunity … but it’s a weird feeling today because I didn’t expect to not be playing right now. We got what we deserved … now we have to change that. I have to change it.”

Johnson said he’s learned a lot through making mistakes in the NBA and takes pride in putting the work in during the offseason to keep growing. He cited shooting, as well as becoming a better “intangible player” on both sides of the ball.

Stanley Johnson ‘never in a million years’ imagined the Lakers being...

Stanley Johnson: “They kicked our ass” 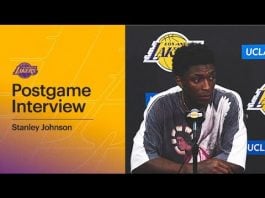 Stanley Johnson on Lakers: “There’s no team on the planet that...