Each of the 30 professional basketball teams plays 82 games for a six-month season. That implies that a sports bettor has a lot of opportunities to make NBA bets each week.

It’s not like the NFL, which has a relatively small number of games. As a result, pro basketball bettors must be well prepared when the season begins. Moreover, you must be pretty knowledgeable to determine which odds provide you with an advantage and are a solid wager.

Meanwhile, Because of the recent surge in interest in the NBA, online sportsbooks offer more basketball odds and propositions than ever before. After all, betting online offers versatility; some of the best online gambling sites offer a variety of ways to bet on like cash, online and credit card payment.

So, without further ado, here are some NBA betting tips to assist you in making better decisions in choosing which match to bet on.

Keep an eye out for so-called “revenge games” or “grudge matches,” or in which a newly traded athlete is pitted against his old team for the first time. If they’re a gifted player, a good grudge performance may be enough to drive their new team to win.

NBA players are just like the rest of us, and they take being traded extremely seriously. For instance, DeMarcus Cousins expressed his disdain with the Kings by putting up six assists, 23 rebounds, and 41 points in his first return to Sacramento. How about Brook Lopez’s 34 points and eleven rebounds in his first game versus the Brooklyn Nets?

The NBA has done its part to minimize player weariness by decreasing the quantity of back-to-back matches and removing four-game-in-five-nights streaks. The league’s 82-game schedule, on the other hand, remains a grueling slog, with teams playing 14.4 back-to-back games on average from October to April.

When picking which games to wager on, consider a team’s schedule before placing a wager. According to studies, teams that make it to the second match of a back-to-back run win only 44% of the time.

According to Green and Gold Analytics, the net rating of a team lowers by 2.21 points for every 100 possessions in the second leg of a back-to-back game. In other words, when they play back-to-back nights, they are significantly less effective on offense and defense. 2.21 points is a big deal, and it might make a massive gap between clearing the spread and wasting a lot of cash.

Imagine how far a team needs to travel to reach its games and the number of time zones it must transit through. The Portland Trail Blazers, Golden State Warriors, and Minnesota Timberwolves consistently have the most air miles in the NBA. In contrast, the Indiana Pacers and Cleveland Cavaliers have the least.

Players with lesser travel are generally more rested and energetic. That extra energy can make a tremendous difference when the game is on the line at the end of regulation.

Most players love to play at home, but you might be surprised to learn how crucial home-court advantage is in today’s NBA. According to research conducted by ESPN, the home team has won 61.2 percent of all NBA games since 1975. While a new study suggests decreasing this figure, playing in your home court is still a significant benefit that bettors must consider.

That isn’t to say that you should bet on teams at their home court. However, if you’re inclined to put a significant amount of money on a road squad, you should proceed with caution.

Keep an eye out for underdogs playing in arenas where the home-court advantage is a factor, as these games may have added value. For example, it’s well-known that Salt Lake City’s and Denver’s altitudes have long given the Jazz and Nuggets an edge over visiting teams who struggle to adjust to lower levels of oxygen in the air.

An injury to a prominent player can radically alter the outcome in any sport. This could be more devastating in basketball that a sole star player can considerably impact both teams.

For instance, the San Antonio Spurs, who went on a 39-game losing streak in 1996-97 after losing Hall of Famer center David Robinson to a season-ending injury. Another is the Portland Trail Blazers in 2011-12, which went on a 20-game losing streak due to three-time All-Star Brandon Roy’s absence.

Before placing your wager, check on the injury reports to ensure your bankroll doesn’t take a greater hit than the injured players.

Earn money and temper your bets with these basketball betting tips throughout the season. As an NBA handicapper, be on the watch for a team primed for selection and a situation that suits you. While the athletes are pros, they are also people with bad days and terrible games. Betting on the NBA is a daily process, as the league changes and evolves regularly. 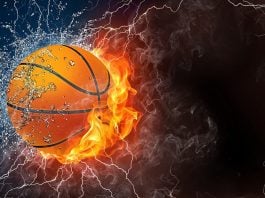 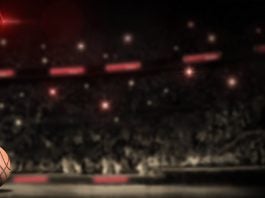 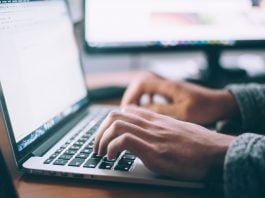 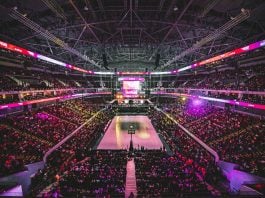 How do Experts Select the Best NBA Betting Sites for 2022?