The Los Angeles Clippers star forward Paul George, who hadn’t played since Dec. 22 while rehabbing a torn ulnar collateral ligament in his right elbow, speaks with Jared Greenberg after scoring 34 points in his return to the LA Clippers, a 121-115 comeback victory against the Utah Jazz on Tuesday night.

“I feel good,” George said after helping his team rally from a 25-point deficit to beat the Utah Jazz. 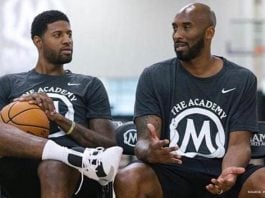 ‘I gave everything I had’: Paul George gives love to God,...