The NBA is the biggest basketball league in the world. If you love basketball and want to bet on the beautiful game, it’s essential to learn how it works. More importantly, learn about popular NBA bet types.

Of course, you can always pick the favorite team. But that isn’t interesting. Is it? You could have more fun playing slots at a casino like Casino Koi. That said, stick around to learn unique NBA bets to place at your favorite sportsbook. Ready? Let’s get started.

That’s what totals betting is all about. You predict how many points will be scored in a game even if you don’t have to predict the exact number of points. Now, predicting totals is easier said than done.

You have to treat every match uniquely. Look at the line-ups. Consider injuries, playing conditions and coaching styles. Also, check the rankings for an idea of how the teams will perform.

Betting on the most popular team is relatively easy. You analyze a team, determine its winning odds, and bet on it. However, value betting is a little bit different. Here, you find underdogs with high chances of winning.

Underdog teams seem unlikely to emerge victorious in any game, but they carry much better odds than backing the favorite side. That said, be careful not to pick a losing team when searching for an underdog. Look out for groups that love playing outside their comfort zones when selecting the perfect one to stake on.

It is expected that each basketball tournament should have a winner. The league cumulatively calculate all games points for each team and determine the team with the most. They announce this team as the tournament’s winner.

Punters can put their money on the line and predict which team will win the NBA championship. Patience is vital when you place on futures and outrights since you may have to wait for weeks or months before the league is over.

All the same, this kind of wagering enables you to closely follow each game’s proceedings with the hopes that your team will emerge victoriously.

Proposition bets have been around since betting was a thing. Initially, the profits were limited, and not many bookmakers offered this service. Over time, the demand increased, and so did the need to provide more variety regarding the probabilities within a match.

The versatility of the props that gamers can predict increases when the match is against two popular teams. Here are some of the most common propositions gamblers can wager on.

Props heavily rely on questions to enable the predictions. For instance, will Lebron James score the first points? Will Kevin Durant throw 3-points? When choosing this route, betting on the player’s strengths or weaknesses is the ideal strategy.

We have basketball players that are known for the best steals. A game wouldn’t end without them stealing the ball from the opponent team a couple of times.

If you have such information on your fingertips, you can bet how many times a team will steal or the player who will steal. If you’re good at this, you can even predict from whom they will steal.

Funs live for that whoosh sound a basketball makes when it goes into the net. But sometimes, it hits the metallic rim and bounces back. It is unlikely for a game to end without having several of these.

So, if you know the team playing is known for rebounds, you can capitalize on that and make some profits on the side.

When the final whistle blows and the teams are tied, they have to keep playing for additional 15 minutes to determine who the winner is. This can happen when two teams with equal abilities are on the court. If this is the case, you can propose that the match will run into overtime.

3-pointers significantly add to a team’s score. Surprisingly, most basketball players prefer to score 3-pointers, hard as it may look. Check out the team’s previous games to see how they have faired as far as this scoring formula is concerned.

We all know that player that can’t end a match peacefully. They are prone to kicking the ball, roughing others, or breaking other rules. When you see them, you know they will probablymess up a few times.

If any of the teams playing have a member susceptible to fouls, in extension leading to suspension, you can bet on this. You can bet on when they will get suspended and why.

it sounds corny betting on a this, but it is a safe way of keeping your money in check. Some teams are perfect, while others are still struggling. Bad as it may look, you can make some money off such groups by predicting a low winning probability on them.

Parlay betting is a form of betting where you accumulate several bets into one. Let’s say there are six games in an NBA night. You can always predict one of them. However, you could also predict all the games using one bet.

The advantage is that bookmakers accumulate the odds for all your predictions. This makes it possible to win triple, five times or even ten times your stake. On the downside, you have to predict all games correctly to win.

Betting on the winning team is the most common way to bet on the NBA. But it’s a little bit too popular. If you want to have fun, try predicting some of the wager types we’ve mentioned above. 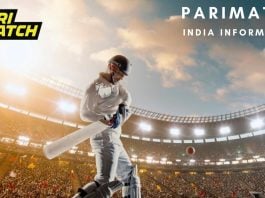 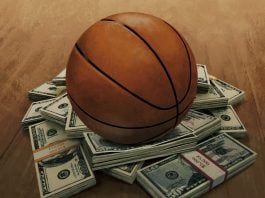 An Overview of Sports Betting in Florida and Tips to Winning...