Here’s some top quotes from the league’s next generation of stars.

Cade Cunningham talks about his rookie season with the Pistons:

“We’re a young team, so I think more than anything we’ve grown within this. It’s been a tough experience so far losing so many games, a lot of us haven’t lost this many games in our life. So that’s definitely been tough, but I think we’ve grown towards each other and just kind of gravitated towards each other because we’re the only ones that can get each other out of this situation. Like I said, it’s been an experience and I’ve learned a lot this year already, but I feel like I’ve definitely grown as a player and as a person mentally just trying to deal with all that.”

Jae’Sean Tate on being an inspiration to undrafted players:

“Like I keep saying, man, I’m just trying to be motivation to those guys that just got to get it out the mud. Those hard-nosed workers that believe they can be here. I’m the testimony that it can happen. With the right timing and the dedication and hard work.”

Cole Anthony believes the NBA is in good hands with its young talent:

“LaMelo’s an All Star in his second year in this Rising Stars Game. Ant Edwards could’ve been an All Star this year. We got some talent. I think anyone can see that, so it’s definitely exciting.”

“A lot of people over here don’t understand how good the EuroLeague is. Especially the way they play, that’s obviously the way I grew up playing.”

Josh Giddey on his progression since opening night:

“I’m really happy with where I’m at now, and to be here at All Star Weekend playing. Four months ago I never in my wildest dreams ever thought I would be here. So I’m kind of just happy to be here.”

Desmond Bane applauds the respect each Grizzlies player has for one another:

“Everybody’s word holds weight, regardless of what your role is on the team. I think that’s special and something you don’t get very often.”

“I got to talk a little bit to Josh Giddey. I like watching him play. He plays so free, he has a lot of fun when he plays. He brings joy and excitement to the game and he’s young. He’ll probably be around for a long time, so it was cool getting to talk to him.”

“That’s who I talk to the most about things that I have going on or a question that I have that I might not want to ask everybody. He’s been doing a great job helping me throughout the season by just keeping me on top of staying in my routine and getting my work in.”

“He definitely has game. I actually worked out with him a couple years ago during the summertime. So, I kind of knew him from the beginning, but he impresses me.”

Tyrese Haliburton believes he will become an All Star one day:

“I represent Nigeria. I represent Rivers State. I represent Port Harcourt, the city that I’m from. I know there’s a lot of kids back home that look up to me and want to be in the position that I am today, and I’m a role model to a lot of kids whether I like it or not. So, I have to keep doing the things that I’m doing, being positive, and just continue to work hard, just so I can keep being an inspiration to those kids.”

Scottie Barnes talks adjusting from college to the NBA:

“I would say there’s just bigger, stronger, taller people in the NBA. But me being big, long, and athletic, I can handle it.”

Evan Mobley is happy he was able to play in front of Cavs fans with Isaac Okoro:

“I think it was a great experience. I just came out here and tried to have fun. I feel like Isaac did too, me and him had some plays together. It was fun coming out here and showing out in front of the home crowd.”

“I was telling him the other day, ‘Keep balling bro, keep doing you.’ Because before we got drafted, they were saying how our draft class is going to be terrible and all this yada, yada. So everybody in my draft class, I’m just happy to see them being successful in the league because of how much they had to say bad about us.” 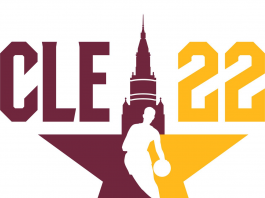 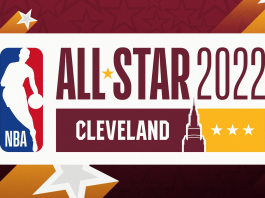 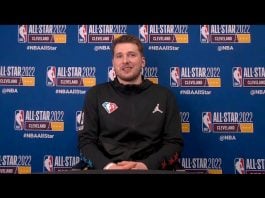 Nikola Jokic on how Monty Williams surprised him during NBA All-Star...