There is a looming belief around the association that the Washington Wizards, in order to keep Bradley Beal happy, are set to go all-in before the trade deadline ends this season.

The Wizards are targeting a “big-game hunting” outlook before the Feb. 10 passes, with their eyes focused on Detroit Pistons’ Jerami Grant and Domantas Sabonis of the Indiana Pacers (h/t Michael Scotto of HoopsHype).

Several people I’ve spoken to around the league believe the Wizards will look to go big-game hunting with the trade deadline coming up to keep Bradley Beal happy, and they could look to acquire Domantas Sabonis or Jerami Grant.

Grant and Sabonis, two of the most considered prized transactional assets this season, were already speculated initially being pursued by Washington. Sabonis was rumored to be having discussions already with Beal about a possible complementary partnership, while Grant talks with the Pistons were still on table negotiations.

It’ll be enticing to see these plans of D.C. in order to secure the commitment of their franchise star and not wasting the chances to surround him with the best supporting cast for years to come. Though Beal is projected to hit the free agency market on the following offseason, there are beliefs that both sides are still interested in a much long-term deal – wherein the three-time All-star will harness more money if he decides to stay in Capitol with a five-year supermax contract worth $241 million.

For now, things are shaky in the Wizards camp. With Beal out for a week due to a wrist injury, his team is in a peculiar position after a promising start. Currently a twelfth-seeded team and on a six-game losing slump, the race towards the Play-In spot in the East continues to get narrow with many emerging teams muscling for playoff contention.

If they would be able to snag one of their two said targets and acquire several unexpected players, a late-season push in the standings and postseason seat is undeniably possible to happen. 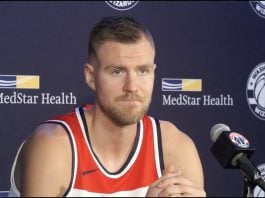