The 2021 NBA Draft was thought to be one of the best classes of players available for selection by franchises in the professional league in a number of years. It is therefore no surprise that so many rookies have made a good start to their careers. Here is a look at the players who are in contention for the Rookie of the Year Award at the end of the 2021/2022 campaign.

Former USC star Evan Mobley was selected third overall in the 2021 NBA Draft but there is a strong argument to suggest that he has made the biggest impact of all the former college players in contention.

So far, Mobley has fitted well into the Cleveland Cavaliers teams. The 2016 champions are currently priced at odds of 9/1 in the outright NBA betting markets to win the NBA Central Division this season. With their new star rookie, the franchise looks to be a much better team than they were last year.

The Cavaliers have been one of the teams frequently tipped in the basketball betting predictions as their new Centre has helped them to a 19-12 record throughout their opening 31 games.

Impressively, Mobley became the first Cleveland player in 17 years to make five blocks in a game when they faced the Chicago Bulls on December 8th. The last to do so for the Cavaliers was LeBron James. Fans of the franchise will be hoping their exciting recruit can go on to forge a career as successful as the four-time MVP.

The first overall pick from the 2021 NBA Draft, Cade Cunningham, has not disappointed. As a consensus first-team All-American, he came into the NBA with a big reputation and, promisingly, his early performances for the Detroit Pistols indicate he is going to be a big star in the league.

Cunningham’s breakthrough game this season came on November 21st when he scored 25 points in a match against the Sacramento Kings. Just days later, he recorded a triple-double, which included 13 points, 12 rebounds and ten assists.

The rookie leads his team in assists and steals, and is just behind Jerami Grant when it comes to scoring. It is expected that Cunningham will continue to improve as the season progresses.

The Toronto Raptors will be delighted with the start Scottie Barnes has made since joining them earlier this year. Their new power forward became one of only two players since 1986 to score 170+ points, 85+ rebounds and have a 50% shooting success race through their opening ten starts in the NBA.

Barnes is the leader in points-per-game by all rookies this season. After 27 games in the 2021/2022 campaign, the Toronto player averaged 15.6 points. He also has an impressive field goal percentage of 49.4%.

That said, it’s been a mixed season for the Raptors so far. They have won 14 and lost 15 of their opening 29 games. The form Barnes has shown will give them a lot of encouragement that they are heading in the right direction again.

The 2021/2022 Rookie of the Year Award will be revealed in June when the end of the season prizes is handed out. 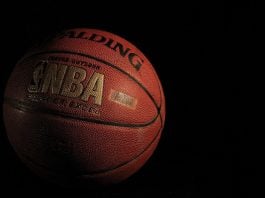 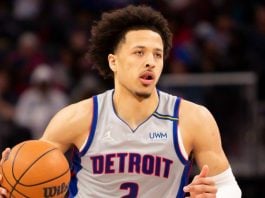 Cade Cunningham on Rookie of the Year: “I think I made... 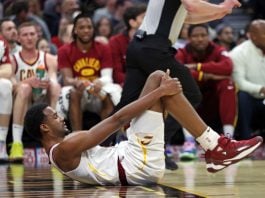