After having a great start to squash the criticisms and doubts prior to the season, Washington Wizards star Bradley Beal has nothing but praise for the architect of the squad he is leading — Tommy Sheppard.

Indeed, he is happy about the promotion and extension that the long-time D.C. executive has gained from the management.

In an interview with the media on Saturday, Beal said that he was ‘extremely ecstatic’ upon hearing the update, and gave his shoutout to Sashi Brown also, who was appointed as president of Monumental Basketball.

“I see Shep in here every single day,” Beal said. “He’s very in tune, he cares. He’s an awesome person and he loves the game. He just wants his team to do well, he wants his team to get better and he holds us to a certain standard. I respect it and I love it.

Earlier this week, the Wizards decided to extend Sheppard’s contract — even making him the team’s president of basketball operations after the Wizards’ hot showing in this early part of the 2021-2022 campaign and trading the hefty contracts of John Wall and Russell Westbrook.

Beal and Sheppard are together in Washington through the highs and lows from the past, and this transaction and expression of happiness just proved that they are coordinated very well to achieve the ultimate glory — a championship. 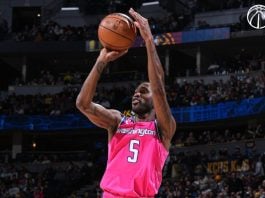 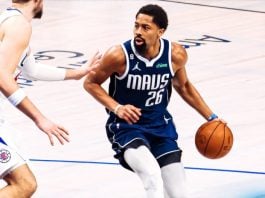