EuroLeague Round 11 came to an end with some surprising results and big performances. FC Barcelona showed its depth as Nicolas Laprovittola had a huge game against ASVEL.

Zenit took a massive win at home vs. Armani Milano to claim its fifth consecutive win, while four players faced their former teams to lead their current clubs to big victories.

Let’s dive into Day 2 of EuroLeague Round 11:

Nicolas Laprovittola with a huge performance for FC Barcelona

FC Barcelona has showed its depth during the first 11 games of the EuroLeague season, as the Catalans were missing Nick Calathes in an away game against the scrappy LDCL ASVEL.

It did not matter for Sarunas Jasikevicius team, as Nicolas Laprovittola came up strong to retain Barca at the top of the standings.

The Argentinian national finished the game with a career-high 25 points, on 7-for-12 three-point shooting, tying a club single-game record for three-pointers made.

He also had seven rebounds, two assists and just one turnover, concluding his performance with a PIR of 28. That was just his third start with the Catalans in the EuroLeague this season.

“I think the team played very well. We won by 20 points in a tough arena. We have to keep playing with this mentality, and play hard, with everybody helping the team.

No matter the injuries, and who is on the court, we have to stick together,” Laprovittola said after his career-night in France.

The day of the revenge games

Four players faced their former teams last night. Edgaras Ulanovas had a huge game in Zalgiris victory over Fenerbahce to lead his team to its second consecutive win.

Ulanovas enjoyed his best game so far this season leading all scorers with 18 points by making 3 of his 5 two-point shots, 3 of 4 from beyond the arc and all 3 of his free throw attempts.

Tyler Dorsey was on fire as Olympiacos downed his former club Maccabi Tel Aviv. The sharpshooting guard finished the game with 17 points on 4-of-7 shooting from beyond the arc.

It was a great return for two former Baskonia Vitoria-Gasteiz players, Johannes Voigtmann and Toko Shengelia, to Buesa Arena.

Both players helped CSKA Moscow come to the top over the Spanish club. Shengelia finished with 15 points, 4 rebounds, 3 assists and a PIR of 16.

Voigtmann scored 11 of his 16 points in the first quarter, giving CSKA the lead for good. He added 3 rebounds and 2 assists for a PIR of 18.

Zenit St.Petersburg knows how to close games this season, as the Russian club prevailed in a close-fought battle over Olimpia Milano.

Milan went up 62-66 with six minutes remaining in the fourth quarter, but Zenit held the Italian club to four points for the rest of the game.

During that span, Arturas Gudaitis converted a three-point play that put Zenit up for good, 67-66, and Jordan Loyd scored 5 points, including a three-pointer, to make it 71-66.

During the 12-4 run, Zenit forced 3 turnovers and claimed its fifth consecutive win. The Russians continued the trend of close-fought games against Milan.

“It was a real EuroLeague game, two teams fighting until the end. We played against an amazing team, an amazing coach, and amazing players, like Chacho Rodriguez, who I always dreamed about coaching but never did.

I think we have to be happy for tonight’s win, even though we shot very bad at three-pointers, only 24%. We were fighting until the end,” Xavi Pascual said on his team’s victory.

UNICS Kazan rallied back from 18 points down and ended up running away for an 85-71 victory at home over ALBA Berlin for its third straight win.

ALBA Berlin took a 21-39 lead early in the game, but, Velimir Perasovic team took control of the contest in the second half and held on for a huge victory.

Lorenzo Brown put together an outstanding all-around game. He scored 21 points on 9-of-15 shots and 1-of-1 free throw, while also grabbing five rebounds. Brown also dished out a team-high nine assists and added two steals.

“It feels amazing. We needed this win to get into the top eight. Coach did a great job, teammates did a great job. We’ve just been pushing to try and be the best we can out here,” Brown said on UNICS home victory. 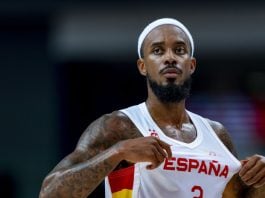 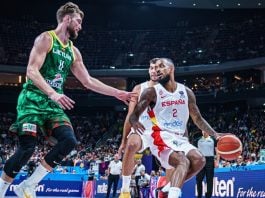 Lorenzo Brown: “The outside noise doesn’t bother me at all”