Kwame Brown, “Bust Life” host and former NBA player, gives Jason Whitlock the full picture of the dispute that made his YouTube channel so popular. Can he ever make amends with former teammate and current Showtime host Stephen Jackson? How does Whitlock relate the story to the current emasculation of the sports world? 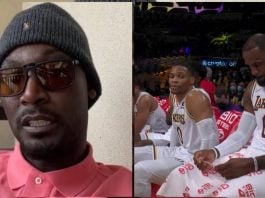