DeMar DeRozan confirmed he had talks with LeBron James and the Los Angeles Lakers during the offseason.

DeRozan was willing to join the Lakers and play alongside James. However, the veteran player and the multiple time champions didn’t reach an agreement eventually.

But, it was a hell of an opportunity that we tried to make happen. Me bring from LA would’ve been crazy, but some things just don’t work out. It’s always great just to have the opportunity,” DeRozan told Shams Charania of The Athletic.

In the end, the Lakers signed Russell Westbrook and formed their own Big-3. For his part, DeMar DeRozan joined the Chicago Bulls on a three-year, $85M deal. 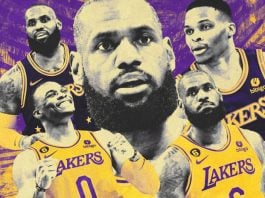