Former number one draft pick Greg Oden has been labeled ‘a bust’ for the way his career turned out after high expectations. The center retired from professional basketball earlier than most players. Oden, 33, last played professionally in 2016.

His former teammate Brandon Roy thinks that Oden had an exceptional talent and would have been a Hall of Famer if the injuries had not limited him.

“He was a special player and I hate when people try to say “bust”,” Roy said, per R. P. Salao of ClutchPoints. “But if he was never injured, there’s no way in hell he was a bust. He had Hall of Fame talent. I just wish the world would have got a chance to see that.” 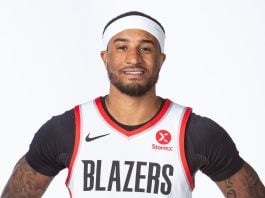 Gary Payton II to still miss some time for Blazers due...