In the first game of the day, Guinea stunned Egypt 86-78, for their first AfroBasket win in 36 years.

Guinea came into the day 0-2 and in last place in Group B.

Cedric Mansare led the way with 25 points, shooting 7-of-11 from the field and 5-of-7 from three-point.

“It looks like a dream to me that we could defeat a strong side as Egypt and not until the buzzer signal the end of the game that I realized that we have won and a golden chance to be heading towards the knock-out stage of the competition,” head coach Zeljko Zecevic said after the game. “I must commend my players for a job well and for sticking with our game plan, also the federation for all the support they have given to the team, I am therefore dedicating this sweet victory to both the players and the federation.”

Guinea (1-2) finished third in Group B and advances to qualification for the quarterfinals where they will take on Rwanda, who finished second in Group A.

The winner will then take on the top team from Group C, either Cote d’Ivoire or Nigeria, in the quarterfinals.

Egypt (1-2) finishes second in Group B and advances to qualification for the quarterfinals where they will take on Angola, who finished third in Group A.

The winner will then take on Senegal, the top team from Group D in the quarterfinals.

With a loss, Angola would have been eliminated from the tournament.

Carlos Morais rebounded from his rough shooting last game and scored 16 points (4-of-10 from three-point) with eight rebounds.

Congo DR finished the game with more turnovers (25) than assists (17).

Angola (1-2) finishes third in Group A and advances to qualification for the quarterfinals where they will take on Egypt, who finished second in Group B.

The winner will then play Senegal, the top team from Group D in the quarterfinals.

Meanwhile, Congo DR (1-2) was eliminated from the tournament, as they finished in last place in the group.

In the other Group A game, host nation Rwanda almost pulled off a huge comeback against Cape Verde, but lost 82-74.

Rwanda was down by as many as 27 and outscored Cape Verde 31-14 in the fourth quarter, even cutting the lead to four with a little under three minutes left.

With the win, Cape Verde (2-1) won Group A and secured their spot in the quarterfinals.

“In a tournament like this, rest is really important, and the whole team is glad that we are going to have three days rest,” said Tavares. “It doesn’t really matter who we are going face in the quarterfinals. Right now, our focus is to regroup, scout our opponents and get prepared the best way possible.”

Rwanda (2-1) finished second in the group and advances to qualification for the quarterfinals where they will play Guinea, who finished third in Group B.

The winner will then play the top team from Group C, either Cote d’Ivoire or Nigeria, in the quarterfinals.

In the final game of the day, Tunisia defeated Central African Republic 68-51 to finish group play 3-0, claiming the top spot in Group B and securing their spot in the quarterfinals.

Makram Ben Romdhane (8-of-16 from the field) led Tunisia with 21 points.

Meanwhile, Central African Republic (1-2) was eliminated from the tournament with the loss, as they finished last in Group B.

Groups A and B standings:

Next elimination games from Group A: Rwanda vs. Guinea (Group B) and Angola vs. Egypt (Group B) on Aug. 30.

Next elimination games from Group B: Egypt vs. Angola (Group A) and Guinea vs. Rwanda (Group A) on Aug. 30. Tunisia and Cote d’Ivoire to square off in FIBA AfroBasket 2021... Semifinals of FIBA AfroBasket 2021 set after Tunisia and Cape Verde... 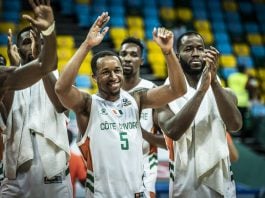 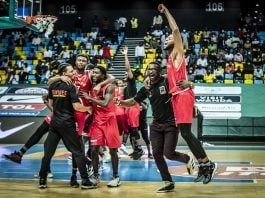 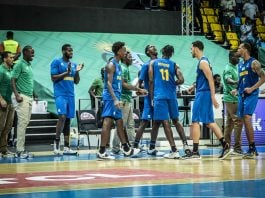