When the draft for the National Basketball Association takes place every year, a host of the best college players leave to play professionally. Not all of them make it to the big time, as many may enter into the second tier teams for the organizations they join. Some players even have to go abroad to further their career, if they are not considered good enough for the NBA at present. With the 2021/2022 NCAA Basketball season close to getting underway, we preview some of the most exciting players of the upcoming campaign.

When you read about college best player prediction, you may see some names that do not match up with your ideas. That is the beauty of predictions, which is why some of the picks below are entirely subjective.

Drew Timme – The Gonzaga star is one to watch in the upcoming season, as he has already shown some outstanding ability in the NCAA. Timme may be 6 ft and 10 inches, but he is a big man who can make his shots.

The young star averages 68 percent shooting two pointers, while making 341 shots, when his team has an average of 64 percent on two-point attempts. Such stats show that even though Timme’s high percentage may be a product of his environment, he is still outshooting most of his teammates.

Kofi Cockburn – The Illinois passer is one of the most impressive prospects in the point guard position. Cockburn has an impressive 17.7 points and 9.5 rebounds in the past year, which means he is primed to take an even bigger step up in the upcoming campaign.

Given his physicality, Cockburn is one of those dual threats from the long range shot and an up-close jumper that defenders find very difficult to handle. He makes 65 percent of his shots on roughly 10 attempts per game. The one knock against his game is his poor free throw shooting, which may be further exposed if he gets to the NBA.

Hunter Dickinson – The Michigan youngster is a very capable center, despite only having a year in the college game. Dickinson was better than what many analysts predicted in his freshman year, managing to get a consensus vote as a second-team All-American.

Considering he managed 14 points and 7.5 rebounds on a team where he was not even the primary option early in the season, Dickinson has a lot of potential as a scorer from that position. His career is one that analysts and fans will be watching very closely.

Observing a player as they come into the NCAA game, excel for a few years, and then go through the NBA Draft, is a lot of fun. You can develop a personal attachment to such players.

The likes of Paolo Banchero from Duke, Chet Holmgren from Gonzaga, and Jabari Smith from Auburn are predicted to be among the very best freshmen in the college game this year.

Analytics and the eye test show that these three have the talent to become primary options in their teams, win important games, and boost their credentials for one day going into the NBA.

Many top NBA players came through the college game, including James Harden, an excel in the top league. But going to college is not a necessity for a basketball player, as there are many players who went directly into the NBA after high school.

The likes of Kobe Bryant and LeBron James did not spend any time in the NCAA, as they were ready to play in the big league when they were 18. Both were drafted high in their respective draft year, despite not playing a minute of college ball.

Such confidence is possible for the truly top tier prospects, but most players do have to showcase their talent and improve their game in college. The pipeline of going from the NCAA to NBA is stronger than ever, as the standard of college basketball has risen in the past decade.

Teams know that if a player can excel at a school like Duke, where they demand the highest standards, that athlete can come into their locker room and compete against the best NBA teams.

Betting on NBA games can be a lot of fun for basketball fans, as they get to follow their favorite teams, see when a high scoring player goes all out to score 50+ points, or see how a tightly contested playoff tie ends after seven games.

Predicting results in the NBA is challenging, but a lot more doable for the average fan. The college game can be even more unpredictable, especially when you see two top tier schools facing off against each other.

High ranking schools lose during March Madness all the time. That is why the college game is so exciting to watch, as these are one-off matches. A team has a hot day, or the other forgets their talent at home.

If you are hoping to make some money while watching college basketball, you must brush up on individual and team stats, understand how various teams match up against each other, and look at historical results to better predict how future tournaments will unfold.

Watch Out for the Next Global Superstar

One of the beauties of watching college basketball is that you are getting a glimpse into the future. Some of those players will be lining up for NBA teams in a few years, and earning millions of dollars.

The chances of you predicting who would go first in the next NBA Draft are very high. If you are a student of basketball and avidly follow the college game, such a bet is one you would definitely want to make. 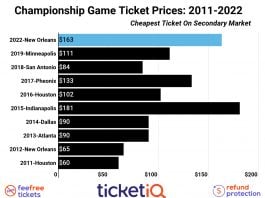