Australia is one of the world’s most sports-active countries. There are dozens of sports types popular in the nation and they are constantly growing their fan bases. The increasing popularity of sports is partially connected with the increasing popularity of betting. You can be impressed by the list of bookies available at https://www.onlinebettingaustralia.com.au/. In this article we will give a brief overview of Australia’s top ten sports, including:

Car racing is probably not the most popular type of sport in Australia, but it is definitely in the top ten and deserves a special note. There are dozens of amazing tracks across the country and many events in different categories are held regularly. Motorcycles, racing supercars, off-road series and many others are available for fans in different seasons.

Netball is mostly played by women in Australia and it is currently one of the most successful sports for the country on the international level. Their national team is currently the best in the world, leaving all the other countries no chances. If you’re not very familiar with this sport, make sure to visit at least one match in Australia to have a unique experience.

Moving back to the sports popular in the rest of the world, Australia is no stranger to basketball. It is one of the most popular sports in the country by participation, many Aussies love playing it on an amateur level. There is a national league and the country is often participating in major international matches.

Rugby has a history of more than 150 years and takes a special place in the hearts of Aussies. Their national team is in the top ten on an international level, they often participate in major events and have lots of fans attending local matches. Sydney is one of the cities, where rugby is especially popular and it is no wonder: from the 16 teams in the national league, eight originate from this city.

Taking into account the geography, there is no wonder why swimming is popular here. Many Aussies love swimming, even if they’re not aiming to perform on the sports stage. However, professional swimming also exists here and is on a pretty high level. There are local competitions and the local sportsmen often take high places in international swimming events.

The popularity of betting probably had the best effect on the popularity of horse racing. It wouldn’t likely have been this popular if not for the bookmakers, who make it way more interesting for Aussies to watch such events. There are several types of races and the sport has a huge history behind it, so we would also recommend tourists to visit a race.

Another logical entry in the list is tennis. The weather in the country had a positive effect on the development of this sport and there are currently many professional Australian players on the international tennis stage.

On the international level Australian soccer is not as good as their netball, but the sport is still extremely popular. There are several outstanding stadiums across the country and the local fans provide high attendance for the matches.

Of course, you’ve seen it coming. Cricket is the most played sport here, Australia has one of the largest cricket fan bases internationally. Aussies have been playing it for more than 200 years and still hold the tradition by playing it on an amateur level and in the national league. 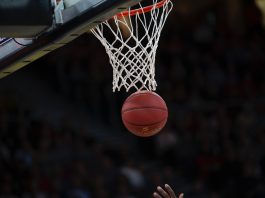