Aron Baynes could not be available to play in the 2021-22 NBA regular season as he is still hospitalized with a severe neck injury, per Shams Charania.

The veteran center remains in the hospital with severe nerve damage in his neck, an injury “more significant than initially diagnosed”, which could make him miss the 2021-22 season.

Baynes sustained a neck injury last week and was forced to miss the Olympic tournament. He is an unrestricted free agent this offseason after the Raptors decided to waive him on August 4th.

The 34-year-old appeared in 53 games with the Raptors, posting averages of 6.1 points and 5.2 rebounds while shooting 44.1 percent from the field and 26.2 percent from 3-point range. 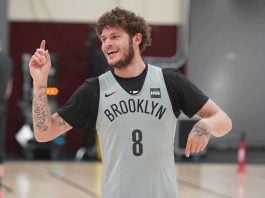 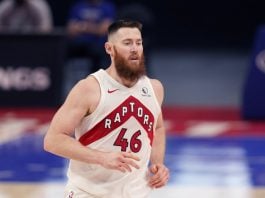