The NBA Board of Governors have voted to continue the play-in tournament for the 2021-22 season and also confirmed key dates for next season, the league announced.

The play-in tournament will take place from April 12-15 with the same format involving the Nos. 7, 8, 9 and 10 seeds competing for the seventh and eighth spot in the Western and Eastern Conference playoffs.

The play-in will take place between the last day of the regular season on April 10 and the start of the playoffs on April 16.

The full list of confirmed dates for next season:

The NBA also announced some updates to roster-related rules for the 2021-22 season.

Two-way players will be allowed to be on a team’s active roster for no more than 50 games during the regular season, with no limit on practices, workouts or other activities with the NBA team.

There also won’t be a deadline for signing two-way contracts.

NBA teams will also be permitted to have up to 15 players on its active list for each game during the regular season, play-in tournament and playoffs.

This change will not affect the number of players a team can have under contract at once, which remains 17 (15 players under standard NBA contracts and two players under two-way contracts). 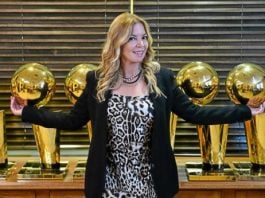