According to Adrian Wojnarwoski of ESPN, Unseld Jr. signed a four-year contract with the Washington franchise. He will be the 25th head coach in the history of the Washington Wizards.

Prior to his six-year stint with the Nuggets, the veteran assistant coach worked with the Golden State Warriors and the Orlando Magic. 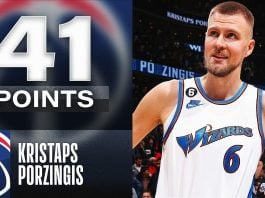