Ekpe Udoh is in talks with Virtus Bologna and Partizan, according to Eurohoops.net.

Udoh, who is pursuing a return to Europe for the first time since 2017, is considering reuniting with Partizan head coach Zeljko Obradovic. The legendary Serbian coach and the American big man led Fenerbahce to the EuroLeague title back in 2017.

Even though both Partizan and Virtus will play in the EuroCup next season, they are considered the favorites to reach the Finals and secure their place in the 2022/23 EuroLeague season. 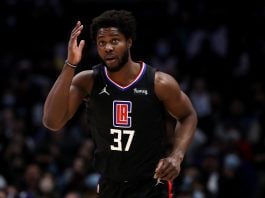