Dinwiddie suffered a torn ACL in December that cost him the 2020-21 season campaign with the Brooklyn Nets. Dinwiddie is now on the road to recovery and with Brooklyn’s season over.

The 28-year-old averaged just 6.7 points and 4.3 rebounds in three games before suffering the season-ending knee injury.

However, he is a respected point guard around having a great year with Brooklyn during the 2019-2020 season, helping the Nets make the playoffs without Kyrie Irving and Kevin Durant. 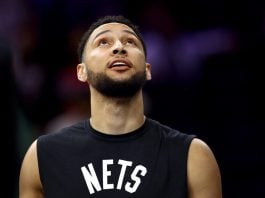