Bosnia & Herzegovina made the opening day headlines on day one of Women’s EuroBasket in Strasbourg with a surprise 70-55 win over Belgium in Group C.

A relatively even encounter for three quarters was pulled apart in the fourth with the Bosnians going on a game-changing 9-0 run in the midway point of the fourth.

Belgium were held scoreless for more than two minutes as they begin their campaign with a loss.

Nikolina Babic went 9/10 from the field, including five triples for 23 points to lead the winners.

Sonja Vasic was three assists shy of a triple-double as she guided Serbia to an 86-81 overtime win over Italy in Valencia.

However, the Italians will feel disappointed and angry within themselves that they didn’t get something out of this encounter. Leading 74-68 with 50 seconds left, they gave up a jumper from Vasic.

Following an Italy timeout, Cecilia Zandalasini fluffed her lines at the free throw line, allowing Serbia to get down the other end, score again with 31 seconds remaining. The incredible comeback was complete, as a bad pass from the inbounds was stolen by Sasa Cadjo, and capitalised by Vasic, who ultimately forced overtime.

From there, the Serbs found a higher gear and Italy looked fatigued and out of ideas. Vasic ended with 27 points, 13 rebounds and seven assists as the 2015 champions got off to a winning start, eventually.

Vadeeva, a reliable threat for the Russians, tallied 27 points and 16 rebounds for the 2009 EuroBasket Women winners, however they were to sweat by the plucky Czechs, who narrowed the gap to just two points with five seconds left, before Vadeeva settled the game from the foul line.

France were rampant as they destroyed Croatia 105-63 behind 18 points from Endene Miyem in Group D. However in Group A, holders Spain slumped to a 53-51 loss to a well organised Belarus side, thanks to a mid-range jumper from Alexandria Bentley with a second left.

Elsewhere in the tournament, Montenegro powered past Greece, Slovenia comfortably saw-off Turkey and Sweden got the better of Slovakia. Highlights of those three games are below. 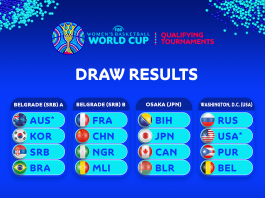 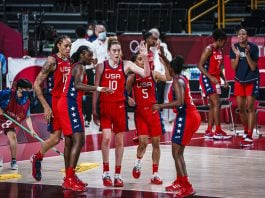 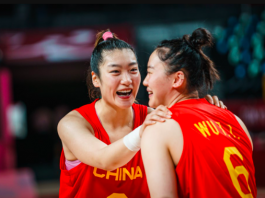 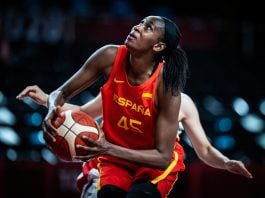 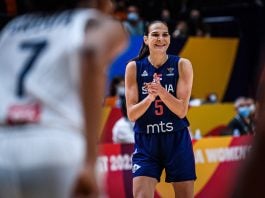 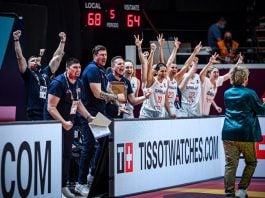 Serbia stands tall to edge Belgium and advance to the Final...