According to Ben Rohrbach and Vincent Goodwill of Yahoo Sports, legendary Kentucky head coach John Calipari is eyeing a potential return to an NBA coaching position.

“Calipari is a bit of a surprise here, but multiple sources tell Yahoo Sports Calipari would be open to jumping back into the NBA. He had a taste in the late 90s, taking over the then-New Jersey Nets following a stint at UMass that didn’t go particularly well. But the changing dynamics at Kentucky, along with the massive expectations from the fan base and alumni, could have him looking for a second bite.”

“He may have maxed out at Kentucky,” a high-ranking executive told Yahoo Sports.

“College basketball is a sinking ship,” another executive told Yahoo Sports. “He is much different than his first go-round but that ego is hard to tame.” 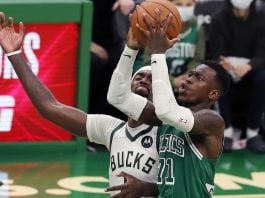