Luka Doncic had a phenomenal performance in the decisive Game 7 matchup against the Los Angeles Clippers registering 46 points.

The Mavericks’ superstar became the youngest player ever to score 40+ points in a Game 7 breaking a record that was previously held by LeBron James.

Doncic’s unreal performance was not enough for Dallas as they could not make it out of the first round for a second consecutive year against the same team.

Regardless, Doncic was outstanding during the series, capping off Game 7 with 46 points and 14 assists as he finished 17-30 from the field in 44 minutes of action. 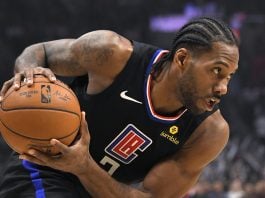