The 28-year-old guard named for the second time in an All-EuroLeague team as he was part of the All-EuroLeague Second Team in 2017-18, leading Zalgiris Kaunas to the Final-4. 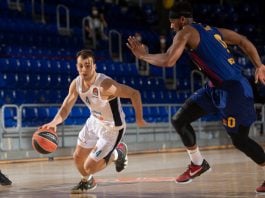