JR Smith took to social media and reacted to the news that Kentucky standout Terrence Clarke died in a car accident on Thursday.

Smith, a two-time NBA champion, was devastated by Clarke’s death.

“Such a good kid. Gone too soon for sure. He had a smile that would light up this room. Great heart. All he wanted to do was be great,” JR Smith said, via Clutchpoints.

After spending one season with the Wildcats, Terrence Clarke recently declared for the 2021 NBA Draft. 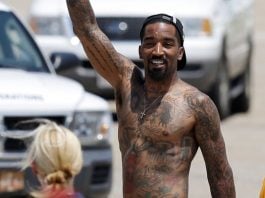 J.R. Smith expressed interest to be pursued by NBA teams for...