From Muhammad Ali to Michael Jordan, many of the greatest athletes of all time call America home. But have you ever wondered which sporting star is more revered in each US state?

A new study has uncovered the top sporting star born in each state.

By looking at the most successful and prodigious athletes of all time, TopUSCasinos.com then looked at who is searched for the most on Wikipedia, to reveal the most popular sporting legends from each state across the US.

The most popular athlete from every US state

It’s not only basketball and Football that are celebrated. By, turning our attention to the ring, one of the sport’s most celebrated athletes, Muhammad Ali, is comfortably the greatest to ever come out of Kentucky. Heading westward Tiger Woods’ golfing heroics have cemented him as California’s leading sportsman, while tennis’ Andre Agassi is top in Nevada.

Discover your state’s hometown hero below: 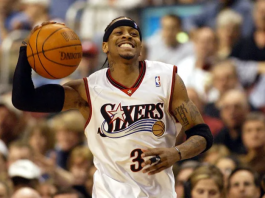 Charles Barkley on Lakers: “Next year is gonna be the same...