The Morris twins were part of a special occurrence last night as both of them got ejected from the game on the same day. Not only that, both brothers were ejected during the fourth quarter of their respective games.

Markieff Morris was given a technical foul, followed by the ejection in the Lakers’ loss to the Heat. Meanwhile, his brother Marcus went through the same sequence in the Clippers’ win over the Suns.

Afterwards, Marcus cleared any speculations that the ejections were planned. “Aye smooth we gone have these people think that was planned Markieff Morris passion for the game just different,” he tweeted. Markieff Morris on if he heard from Nikola Jokic after altercation:... Victor Oladipo & Markieff Morris traveling to New York with the... 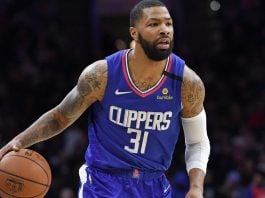