The EuroLeague has always been known for its ability to provide a great steppingstone for global basketball dominance. An extremely entertaining competition, the finest players in Europe will battle it out once again in 2021.

With the demise of last year’s season due to COVID-19, fingers crossed for an upcoming season full of excitement, entertainment and new talent, and without any hiccups. With many great young players being drafted into the NBA, more doors have opened with fresh legs eager to take their place. These are picks for the up-and-comers to watch this season.

Three years of college basketball in Texas has seen this Italian’s game grow exponentially. Moretti’s signing with Olimpia Milano last year saw him miss his senior year to concentrate on his professional career.

His college time saw him with a 92.2 free throw average, 11.5 points and 2.4 assists. At just 22, he is one of the brightest talents in Italy and it will be great to see him back on European soil.

Having already accomplished so much in his career, you wouldn’t think that Garuba has just celebrated his 19th birthday. A 2.2 meter wingspan, decent acceleration and the beginnings of some powerful play, this Spanish protégé has been a constant All-Star through his national, age-group career.

Real Madrid’s youngest ever player kicked off his debut 2019 season with an impressive double-double against Murcia and continued a strong season with a great game against Bayern Munich. With this Real star on the NBA radar, let’s just see if he can make 2021 his best year to date.

A powerful 100 kg over his 2.01 meter frame, Biberovic is carving his name for Turkish team, Fenerbahce. Managing some good playing time, he shows he’s a forward for the future who’s also a handy point guard. He runs well, is athletic and strong. Under the guidance of Kokoskov, he is set for big things.

Since his double-double, 20 points and 11 rebounds in Lietuvos Rytas Vilnius’ title win in 2018, he’s been on the radar. Standing at 2.08 meters, this Zalgiris centre knows how to use his height and weight on the court. Great under the rim, he’s a selfless player who can hit some decent long-range shots. Although new to EuroLeague, Blazevic is tipped for big things.

Making his mark for Bayern Munich in 2019, this Slovenian international is one to watch. Known for his incredibly smart basketball style, he is great to watch and brings in the crowds. Averaging 5.3 points over his seven games, he makes great decisions, transitioning well for his own benefit or his teammates.

Appearing in 7 games for under 16 minutes each, this season will see more chances for the 23-year-old in a stacked Bayern Munich team. Fast on his feet and even faster up-stairs, he’s bound to be a staple for the Bayern side.

Zoosman has slowly cemented himself as a vital cog in the Maccabi wheel. The 2 meter, 90kg framed guard was named Israeli Basketball Premier League’s Defensive Player of the Year last year and had a polished season with Maccabi Playtika Tel Aviv.

Just missing out on the 2018-19 Rising Star award, his fast hands and long arms are an asset. He’s strong and fast with seemingly limitless energy and great in defense, just what Maccabi need this season.

What really stands out with Strazel is his long-range ability. Finishing the 2019-20 season with a shot making percentage of 41.4% was fantastic for any player, let alone someone so young. Lacking experience at the top level didn’t stop him making his mark on the competition, coming off the bench and nailing 9 points in his EuroLeague debut last year season.

Strazel is an asset to his Lyon-Villeurbanne team with his tight ball handling and unlimited shooting range. More game time this season will see him continue his great start and a little more bulk on his frame will see a fine player for the future.

Pablo Laso’s Real Madrid is certainly not lacking any depth or talent for the upcoming season, and Alocen could just well cement his name in that starting lineup. An incredibly athletic young man, he combines precision passing with near perfect in-game presence to be a real talent on the court.

Alocen had a great 2020 being named Best Young Player in the Basketball Champions League. He’s strong, attacks the rim well and certainly doesn’t lack any ambition. He has everything a young player needs to be one of the greatest point guards in Spain.

Aito Garcia Reneses, head coach of ALBA Berlin, knows the secret to a great team is depth. Injuries happen, form slips and you need youth rising the ranks to fill that bench. Mattisseck has been the perfect example of Reneses’ mentality and rewarded his coach with some fine off-the-bench work during last season’s point guard injury troubles.

Mattisseck may not be the biggest or strongest point guard around, but his defense is rock-solid, his passing on the money and he has a great outside shooting game. He’s bound to have some decent court time this coming season and is one to watch.

Serbias Radanov may have missed out on the NBA draft in 2020, but America’s loss is Europe’s gain. This powerful shooting guard is bound to be one of the movers and shakers for Crvena Zvezda this season.

Being loaned to FMP Belgrade last year saw him improve his game as a solid catch and shoot 3-point shooter who attacks the basket well. A great pump fake to distract defenders, Radanov is a solid rebounder whom at times lacks a little confidence in his own game. This makes him a great team player but we’re sure that this season will see him come in to his own.

If you know how to recognize young talent and even agree with our list, there is a way to make some dough out of such tips. Prop Bets or player props allow you to bet on success of these players in each game. These days it’s also quite quick and easy, even while you are watching the game. Live betting allows anyone to place these kinds of bets and payments are super easy. All kinds of fast payment methods are available especially via mobile. Maybe the easiest is the one that is nicely integrated in your smartphone operating system. On MrCasinova.com/de/ you can find a lot of operators that accept fast payment methods such as GPay and ApplePay. Other payment processors are Sofort in German, Trustly in Scandinavia, iDeal in Netherlands and your local banking apps. 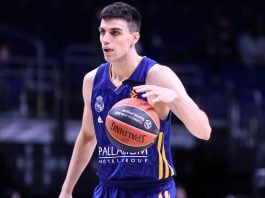 Real Madrid Carlos Alocen to miss remainder of the season with... 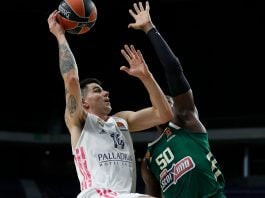 Davide Moretti on playing in the NCAA Final Four: “Hard to...