Chris Webber, Paul Pierce and Chris Bosh are among the 14 finalists of the 2021 NBA Hall of Fame Class.

The three former NBA superstars headline the list of Hall of Fame candidates that was announced on Tuesday.

“Yes, it has bothered me but it doesn’t make me bitter or something to think about all the time. The validation of the best players who have ever played in the world has been enough for me,” Webber noted, via Vincent Goodwill of Yahoo Sports.

The entire Class of 2021, including those selected by the direct elect committees, will be unveiled on May 16, 2021. Paul Pierce on the T-Wolves: “Last year they were good. People... Udonis Haslem on Paul Pierce, Kevin Garnett: “I don’t like them... Udonis Haslem hits back at Paul Pierce and Kevin Garnett 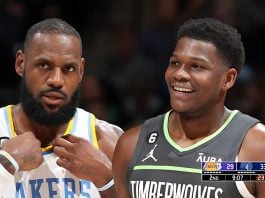 Paul Pierce slams Lakers on Twitter: Time to blow up the...