Frank Vogel opened up about the condition of Dennis Schroder, who entered the health and safety protocols of the NBA.

Vogel said he found out about Schroder’s absence just one hour before the game against the Brooklyn Nets.

“Frank Vogel said he didn’t hear about Dennis Schröder being out due to health and safety protocols until after pregame media, about one hour before tip-off,” Jovan Buha of The Athletic.

Vogel, the head coach of the Lakers, noted he doesn’t know when Schroder will return to action. 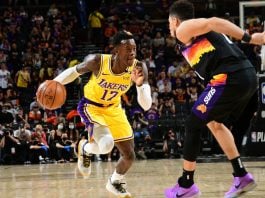 Shams Charania: Dennis Schroder was deciding between a few teams