Westbrook said he is excited to play alongside Beal and called him a ‘silent assassin’.

“Westbrook says he has always been a fan of Bradley Beal’s game. Calls Beal a “silent assasin.” Says he is excited to be alongside him and “help him anyway I can”,” Westbrook told reporters, via Chris Mannix of Sports Illustrated.

Beal, who averaged a career-high 30.5 points last season, will be the leader of the team this season. For his part, Westbrook needs to adapt to a different role than the one he had in his career if he wants to make the Wizards a playoff team. 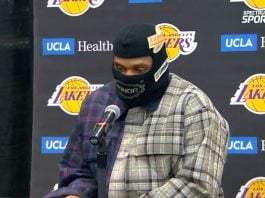