Tim Hardaway Jr. picked up his player option for the 2020/21 season and will remain with the Dallas Mavericks for another season.

Hardaway Jr. had a player option with Dallas worth $19M and returns for his third year with the franchise.

The versatile guard had a stellar season with the Mavericks, helping the team reach the 2020 NBA playoffs.

The young guard is expected to be an extra offensive weapon for head coach Rick Carlisle, alongside Luka Doncic and Kristaps Porzingis.

Even though Dallas is searching for a third scorer alongside its star duo, Doncic will determine how successful the season will be for the Mavericks.

Doncic is considered a top candidate for the NBA MVP award next season and the big win online casinos already place him next to Giannis Antetokounmpo and LeBron James as the betting favorites to win the award.

For his part, Porzingis is coming off a great season which came to a disappointing end due to his injury in the playoffs. However, the Latvian big man showed he can be a game changer for the team if he remains healthy.

That said, Porzingis is considered by several sportsbooks and online casinos worldwide, like casinos en ligne, a candidate to have a breakout year next season and help Dallas have a deep playoff run. 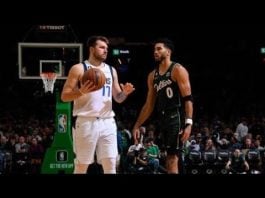 Report: Mavs not a trade suitor for Ben Simmons amid noises 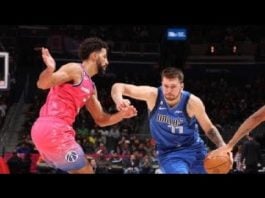 Luka Doncic on why he doesn’t watch statistics