The Charlotte Hornets are preparing for the upcoming draft having the third overall pick at their disposal. The Hornets are looking for the best talent in the 2020 NBA Draft, as they are in rebuild mode.

As a result, they “have not seriously considered picking any prospects outside the top group”, which includes LaMelo Ball, Anthony Edwards, and James Wiseman, per ESPN’s Jonathan Givony, via Bleacher Report.

LaMelo Ball is expected to be one of the most talented point guards of this draft class, while James Wiseman might be the Hornets’ primary target, according to reports.

On the other hand, Anthony Edwards is considered the best talent of this year’s draft and a potential first overall pick. 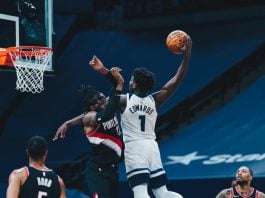