The NBA reportedly managed to stop a $1.5 billion loss by going into the bubble in the wake of the coronavirus pandemic hitting the United Staes.

Per Real GM, the league spent $180 million to be in the Disney location but the investment proved to be very beneficial as they would have otherwise lost the aforementioned sum in revenue. Most of that is connected to national and local TV money as well as league sponsorships.

“Without a doubt, it was worth it,” an executive from a team which was in the bubble was quoted as saying.

The league won’t know specific numbers until an audit is conducted for all 30 teams over the span of the next few weeks, however.

Golden State Warriors head coach Steve Kerr, for one, was impressed by the league pulling off the bubble experiment.

“Thank you to Adam Silver & the NBA, to all the players, coaches, officials, announcers, TV production teams, Disney employees and to EVERYONE who sacrificed so much to make this work. I’m proud to be part of this league,” Kerr tweeted. 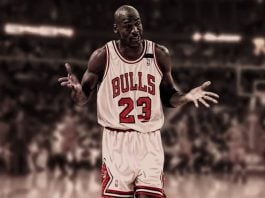 Damian Lillard admits the Lakers’ NBA title in the “bubble” was...

Avery Bradley says the decision to opt out of the NBA...

NBA players have been reaching out to Kevin Love from inside...