USA announced the Final squad for the World Cup. The favorites of the event listed 12 players heading to Spain. The USA opens the 2014 World Cup on August 30 against Finland.

Few days ago Team USA recorded the third straight victory in their preparations for the upcoming World Cup. They fired past Puerto Rico 112-86 at the Madison Square Garden on Friday. Stephen Curry nailed 20 points to pace the winners. 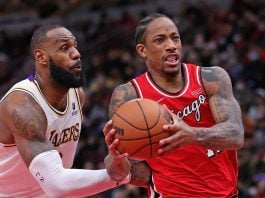