The Chicago Bulls rookie Coby White shared his thoughts on the coming 2020-2021 season and how he wants to continue improving, after being named a member of the All-Rookie Second Team.

White pointed out, in the latest Joe Cowley’s piece in the Chicago Sun-Times, that his primary position is point guard, but he feels that he has suitable traits to play as a combo guard. 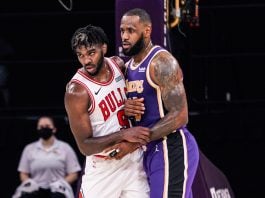