Donovan’s contract expired at the end of the season and the two sides have decided against pursuing an extension.

Discussions between Thunder management and Donovan were described as “collaborative” and “realistic,” but with the franchise facing the reality of an eventual transition toward a rebuild, it became a challenge for the two sides to find a way to continue forward together, according to Wojnarowski.

Reduced league revenue amid the coronavirus pandemic makes it uncertain on how long the Thunder will keep their key veteran players including Chris Paul, Danilo Gallinari and even Steven Adams.

Donovan, who surprised many by leading the Thunder to the playoffs and pushing the Houston Rockets to a Game 7 in the first round, will become a significant coaching candidate in the NBA marketplace.

The 55-year-old had a record of 243-157 in five seasons in Oklahoma City, making the playoffs each season. 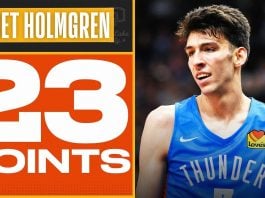