They might be financially screwed, but Cibona Zagreb look to have some money to spend for this season.

Cibona Zagreb will reportedly have €500,000 to spend next season with their squad being centered around their youth players.

Via Sportando: The team will also try to solve their debts with 4 players: Markota, Marko Tomas, Adin Vrbac and Giricek.

Zalgiris are reportedly interested in Danish youngster Rasmus Larsen, according to Krepsinis.

The 19-year-old spent last season with Liga Endesa side Manresa where he averaged 6 points and 4 rebounds a game.

Sergi Vidal has signed a 2-year deal with Joventut Badalona.

The veteran returns to Catalonia after spending last season at Unicaja Malaga.

Jones has a career three-point percentage of .403 and a career free throw percentage of .848. The 6-8, 215-pound guard was the 2011 NBA Three-Point Shootout Champion at All-Star Weekend in Los Angeles. 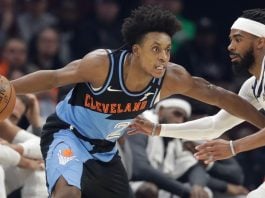